This show will also be at Perth Comedy Festival in May.

There’s an FB event for Canberra here. And here’s a bunch of other stuff i’ve done over the years to potentially whet your whistle, including videos and my bio.

If you’re interstate or wherever else and would like to know when I’ll be around, keep and eye on the latest news or shows.

Early January I’ll be in Brisbane, Wherever you are, hit the links and i’ll see you there.

Update: July 19th: I’ll be in Brisbane in October and regional NSW in the 2nd half of the year so make sure to check out all of my upcoming gigs in either the latest news or the shows page. I’ve also got Sydney Fringe Comedy Festival coming up in September and am in the process of getting all of my new material together for the 2020 comedy festival season. 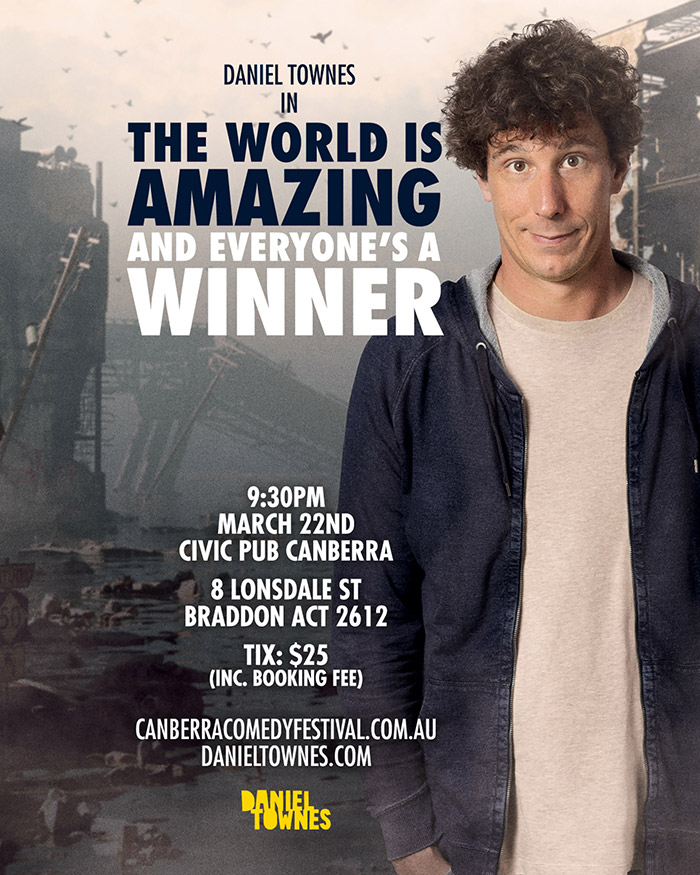