Info regarding upcoming live comedy shows around my hometown of Sydney, the rest of Australia, and internationally are posted here. I generally don’t post the information for all of the local Sydney stand up comedy shows I’m doing, those tend to be on social media. This is mainly for the Comedy Festivals and special one off events like recordings. If you’re interested in seeing some Daniel Townes live shows that aren’t set in a festival environment you can follow the links in the menu to my social media.

The World is Amazing 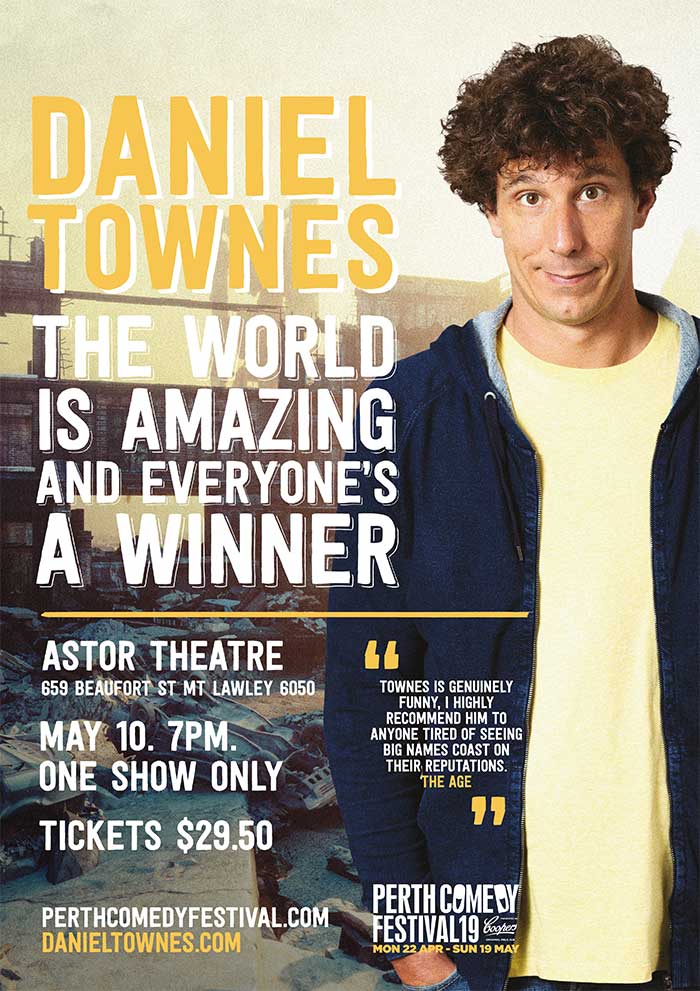 And coming up are a bunch of posters from some of the past live comedy shows I’ve done over the years. First up, our annual new material show for Sydney Fringe Comedy (2018). Fringe is easily my favourite part of the year on the Australian comedy calendar because it’s all experimental and new material which can potentially bomb. More information about this is available here and here. 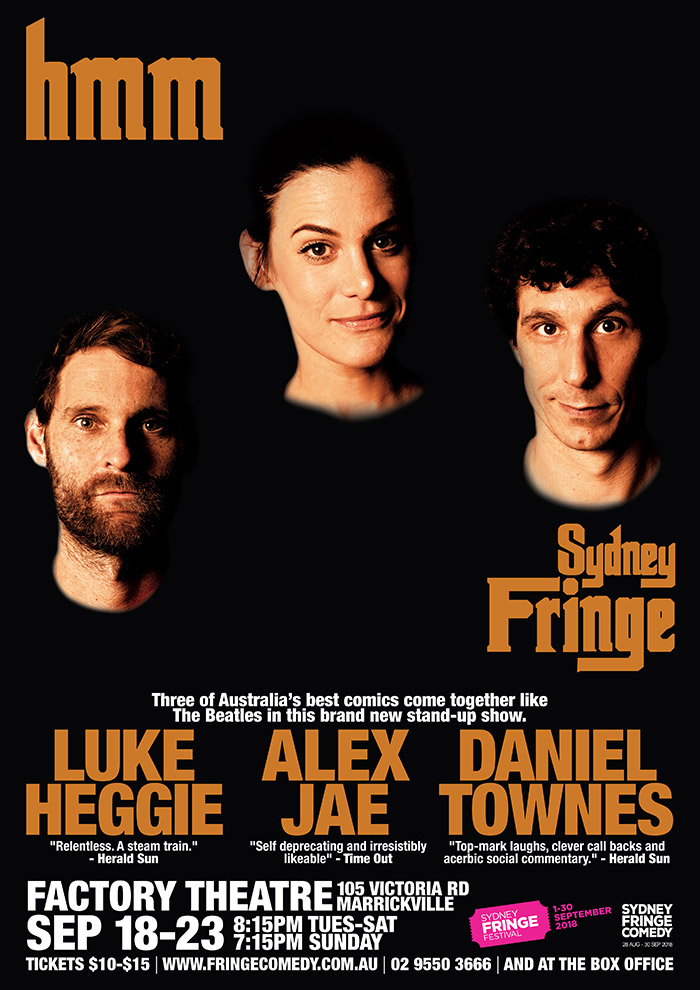 The World is Amazing… 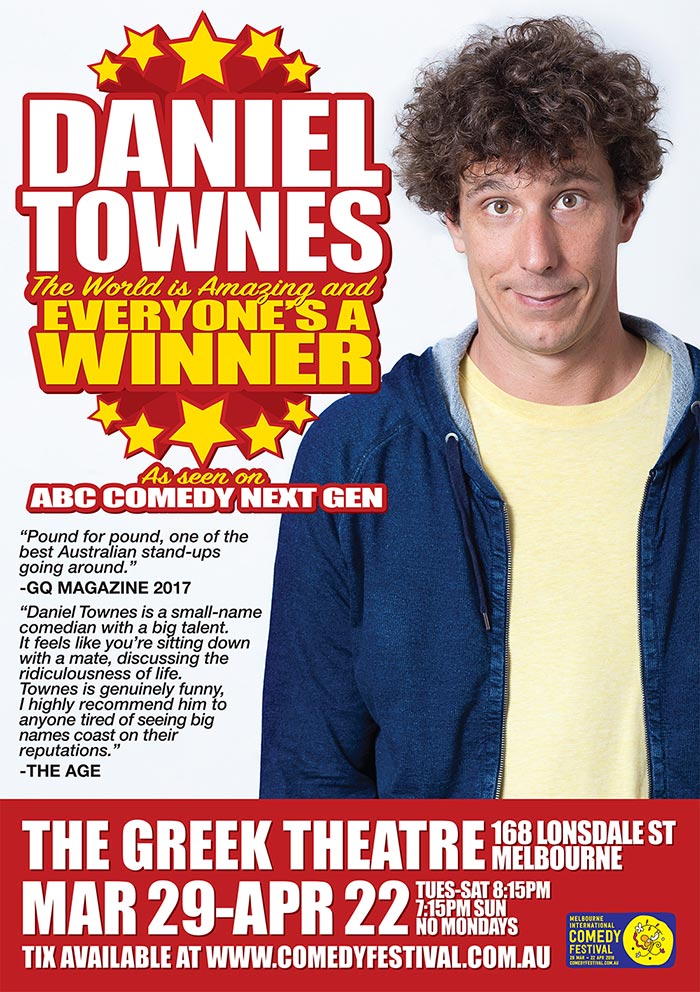 The artwork from the 2017 live show which was recorded for ABC Comedy at The Sydney Comedy Store, I’m not sure why i’ve changed the name for the coming soon extended release but whatever, there’s more information about the release date here. 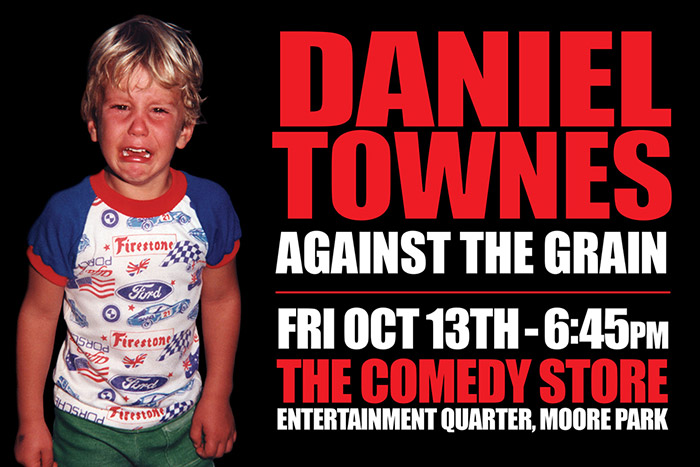 2017’s new material triple hander for Sydney Fringe Comedy. As I mentioned above these are some of my the most fun gigs of the year and it is my favourite time to perform stand up comedy in Sydney. I think it’s the fear and adrenaline knowing that it could all fall apart at any minute.

That time I attempted to do an hour of brand new material for Sydney Fringe Comedy (2014), and a show name I have always loved and am using again here.

Another solo show for SCF and Perth Comedy Festival and MICF (2014).

This Could Go Either Way

That first time a Daniel Townes live show was made up of a whole hour of new jokes. This was for Sydney Fringe Comedy back in 2011 and when my love affair with that festival began.. 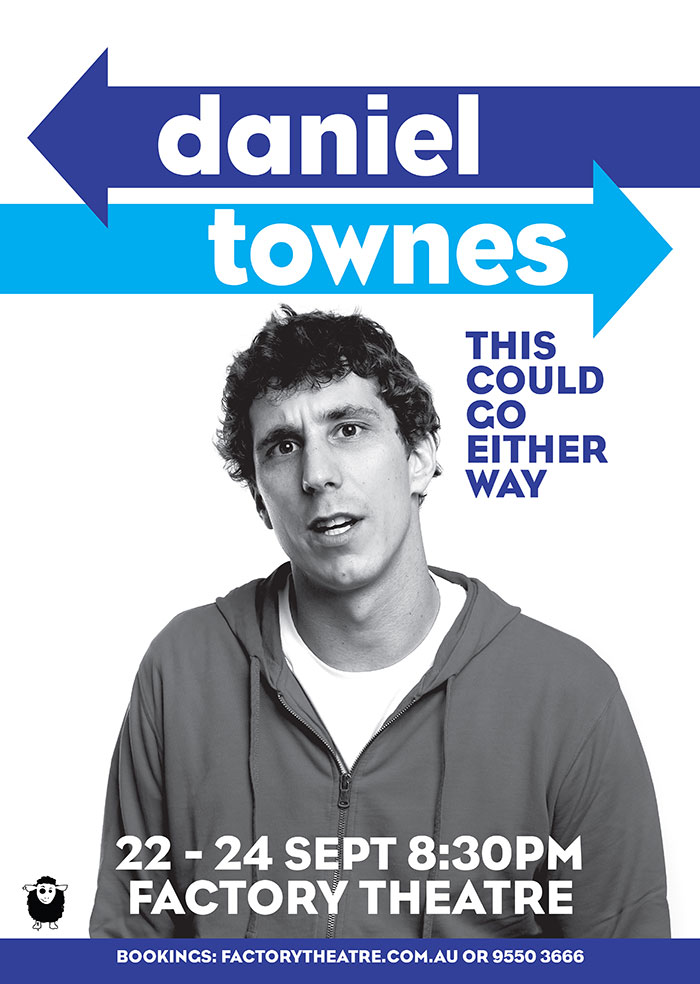 Remember DVD? When times we’re more difficult. This was/is the backcover for the original release of mine. Thankfully you can grab the whole thing digitally here.

There’s some information regarding the release of my second recording here. 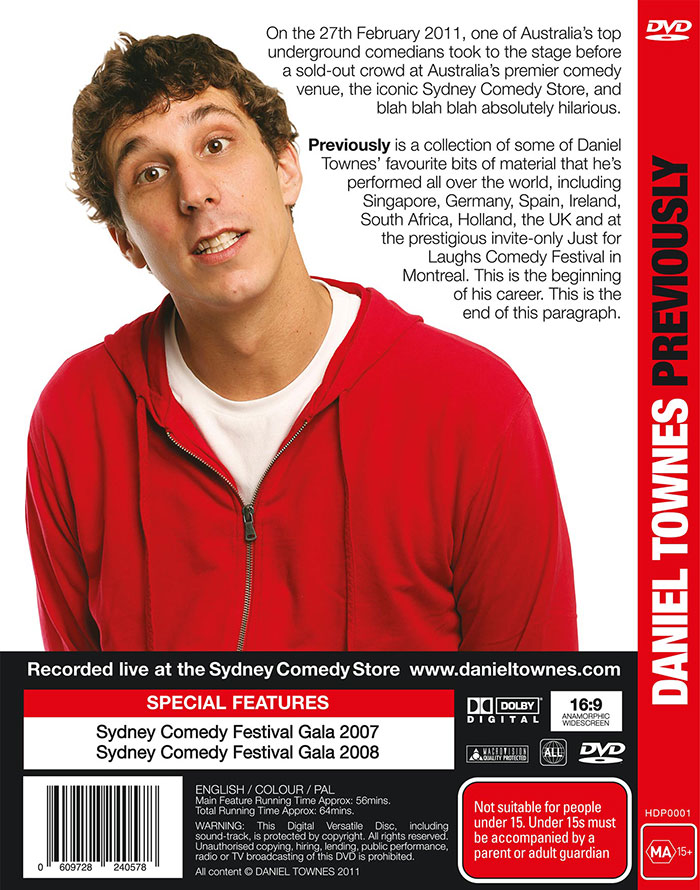 Solo show for Adelaide Fringe and SCF and MICF (2008). 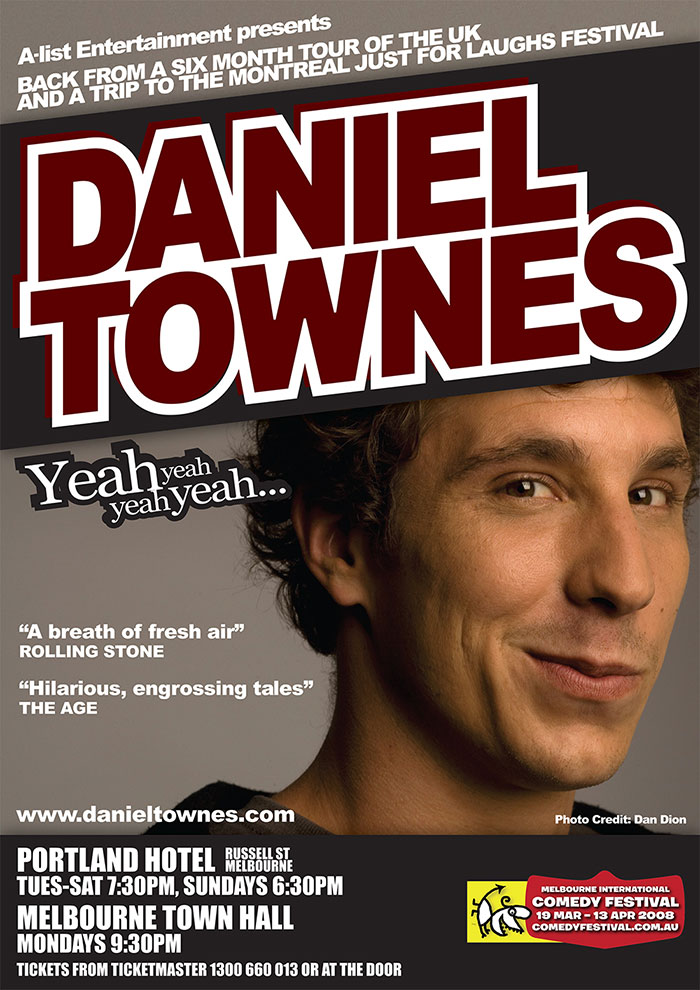 Twice in a weekend. Look out Entrance.

Superficially this is as bad as it got during 2020

There has been a problem with your Instagram Feed.

Sydney Comedy Festival starts soon, come along to my show and check out everything I’ve done over the last 12 months (life = not heaps) comedy stuff = stacks https://www.sydneycomedyfest.com.au/event/daniel-townes-little-ray-of-sunshine/

I don’t understand the question and I won’t respond to it.

This is the first hour I filmed back in 2011, live at the Comedy Store in Sydney