Indeed: A collection of all of my favourite jokes I’ve told over the years as a comedian. Excluding jokes from 2018 and 2017 and including a bunch of new stuff that I’ve been playing around with.

You can get all of the relevant information on the Daniel Townes Sydney Comedy Festival 2019 show here.

I’m still getting the artwork finalised for the Sydney Comedy Festival 2019 show. In the meantime, I’ve made the handy little pie chart below to show how the five nights are going to play out.

Update April 2019: Massive thanks to everyone that came out to these live shows. I had an absolute ball and it was a lot of fun digging through the archives and finding jokes that I haven’t told for ages. I had no idea if a lot of them work were going to work anymore. Some I just burnt because they were so dated. For the most part, I was pleasantly surprised at how many have stood the test of time. 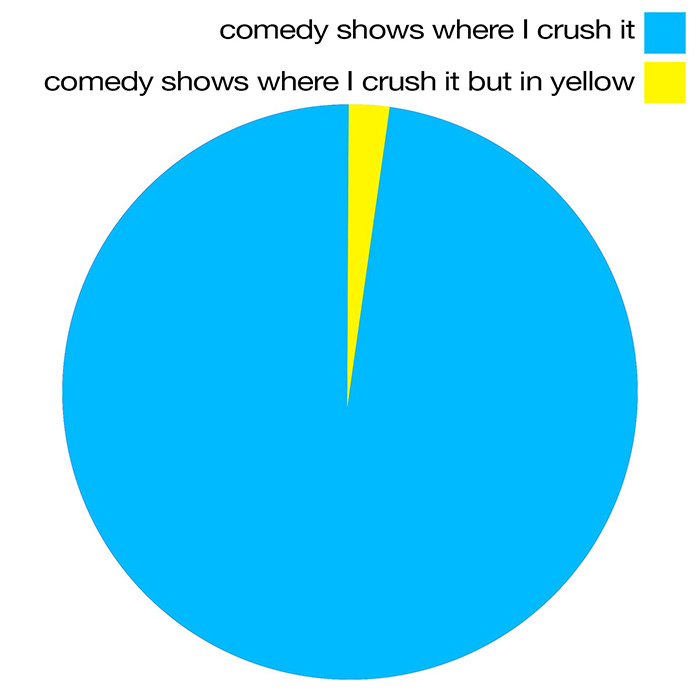 Episode 55 of the #MarkyWorthington #ComedyPodcast with Cy Fahey we chat about Relationships, Cheaters, a would you rather question and a end of yer wrap up followed by a special guest segment with @danieltownes

More links in my BIO

Someone in a Facebook dog group just referred to their kid as their skin baby. 2021 can gtfo.