I’m doing some live shows at The Sydney Comedy Store from Sydney from April 4th – April 6th 2019. It is an absolutely cracking line up of International and Australian stand up comedians. There are two shows on Friday and Saturday, you can get all of the information and their killer year-round schedule of live stand up comedy shows from their website. It is easily one of the best comedy clubs not just in Sydney but over the whole world and it is right in our backyard.

If you’ve just seen me over the weekend and would like to watch me over an hour you can check out my Sydney Comedy Festival show.

Update July 2019: As in previous years I will be doing a new material show at Sydney Fringe in September 2019. I’ll add more information as soon as it’s available. If you’re more keen on seeing what the new material develops to over time then get to one of The Sydney Comedy Store shows and see it in a live Stand Up Comedy club environment.

I’ve also got a fair bit more road stuff coming up in the back half of the year so I’ll post an update on that as soon as I have all of the information. At the moment I am definitely going to Nowra, Orange, The Blue Mountains, Hobart, Brisbane, Armidale, Coffs Harbour, and Tamworth. I’ll post all of the dates once they’re finalised, it will be like my current Gold Coast dates here 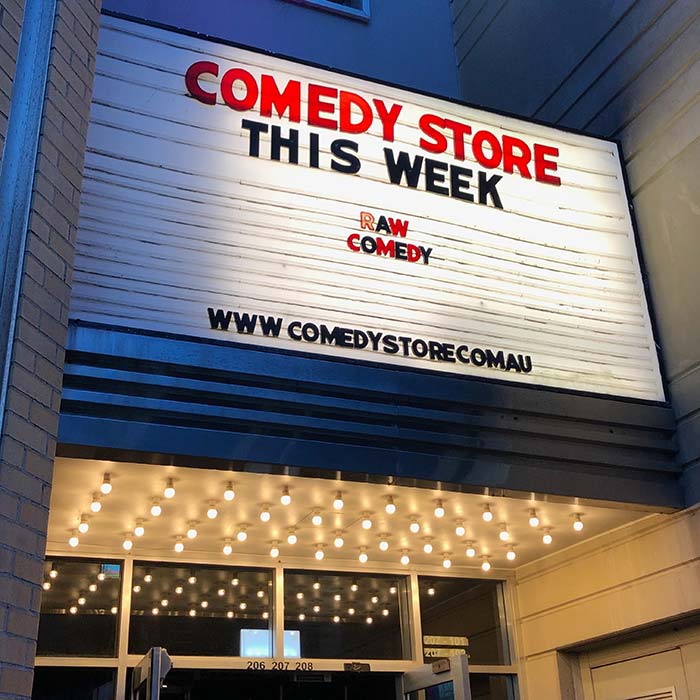 Superficially this is as bad as it got during 2020

I was lucky enough to record a podcast episode wit

Only 14 hours till bed time.

I like how sometimes you read things like ‘achieving an erection’ like it’s an actual achievement. You can get an unwanted one sitting in the wrong seat on a bus.